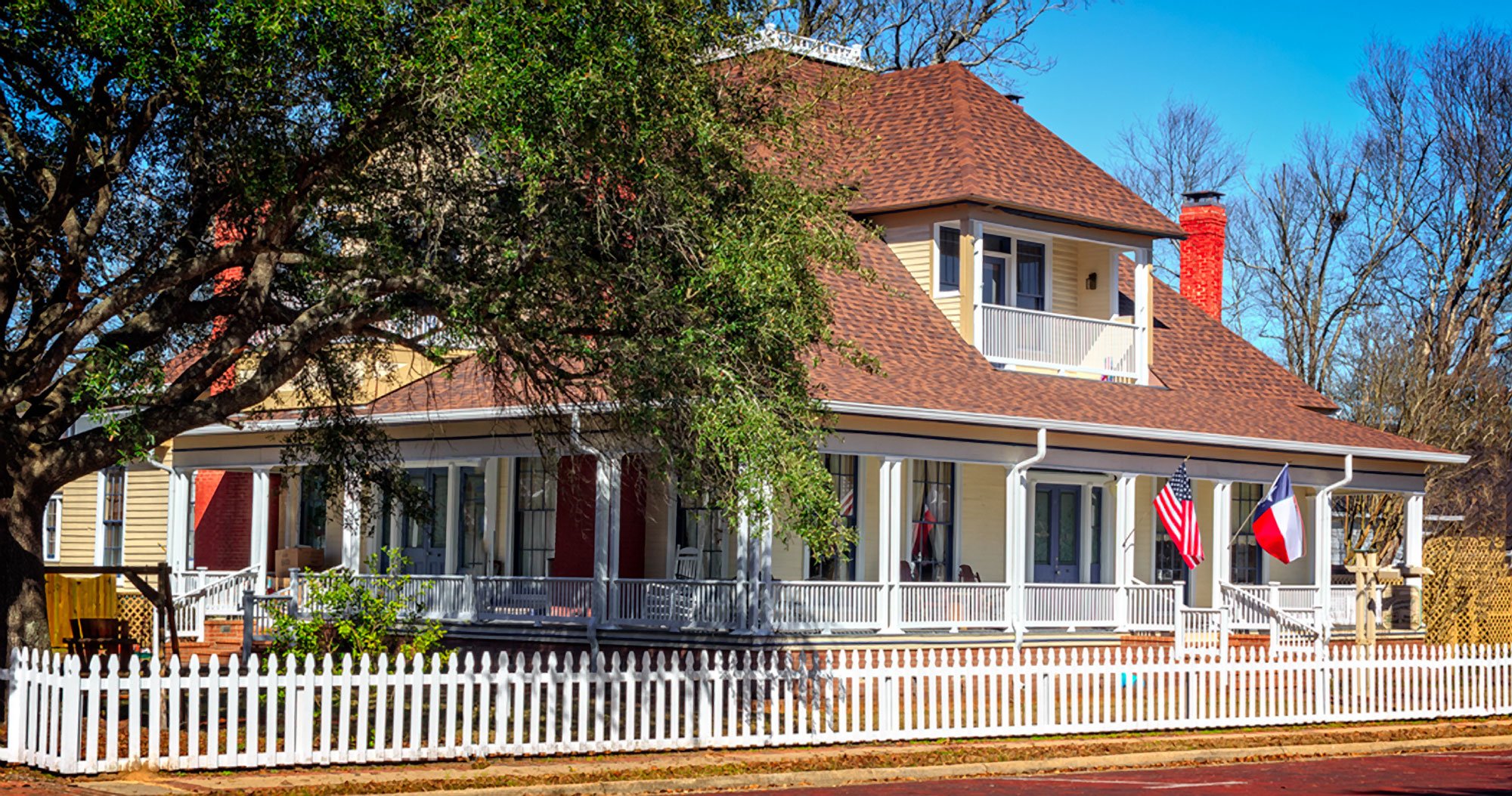 
Built around 1860 by Adin Powell as a single story Greek Revival design, the home changed hands multiple times before the home was purchased in 1907 by George and Fannie Dougherty.

The Dougherty’s has a dramatic and lasting effect on the home,  first by living in the home for 20 years.  Secondly, they changed the home from a single family dwelling to a boarding house.  Their plans meant radical changes, which included adding a second story, a widow’s walk, and bringing in indoor plumbing into the home with 2 full bathrooms.   The home has 2 addresses:  217 W Lafayette Street and 202 Market Street.

During the mid-1920s, both Mr. and Mrs. Dougherty passed away, leaving their home to their only daughter, Nannie Pearl and her husband, Sterling Minor.  The Minors had no children.  Jessie Kennedy, her husband and their daughter, Pauline, moved into the home in 1928 and lived in the downstairs apartment.  When Nannie Pearl passed away in 1962, she left the home to Jessie Kennedy, her friend and life long companion.

The home underwent a major restoration (approximately 18 months) by 2 gentlemen that purchased the home in 1988 from Jessie Kennedy.  They add the additional bathrooms, and opened the home in 1989 at Roseville Manor Bed & Breakfast.  Mrs. Jessie Kennedy lived next door in the white home on Market Street until she passed away.  In 1994, the home was renamed Kennedy Manor Bed & Breakfast after her, as she was the longest resident of the home (60 years).

We are committed to making our website ADA compliant. Read our accessibility statement
At this time, we cannot offer an ADA complaint accessible room due to the historic nature of our home.
Future expansion will include an ADA compliant room.  Please contact us directly to discuss your specific needs.
We apologize for the inconvenience.